12. Can Women Be Too Strong When It Comes To Business? 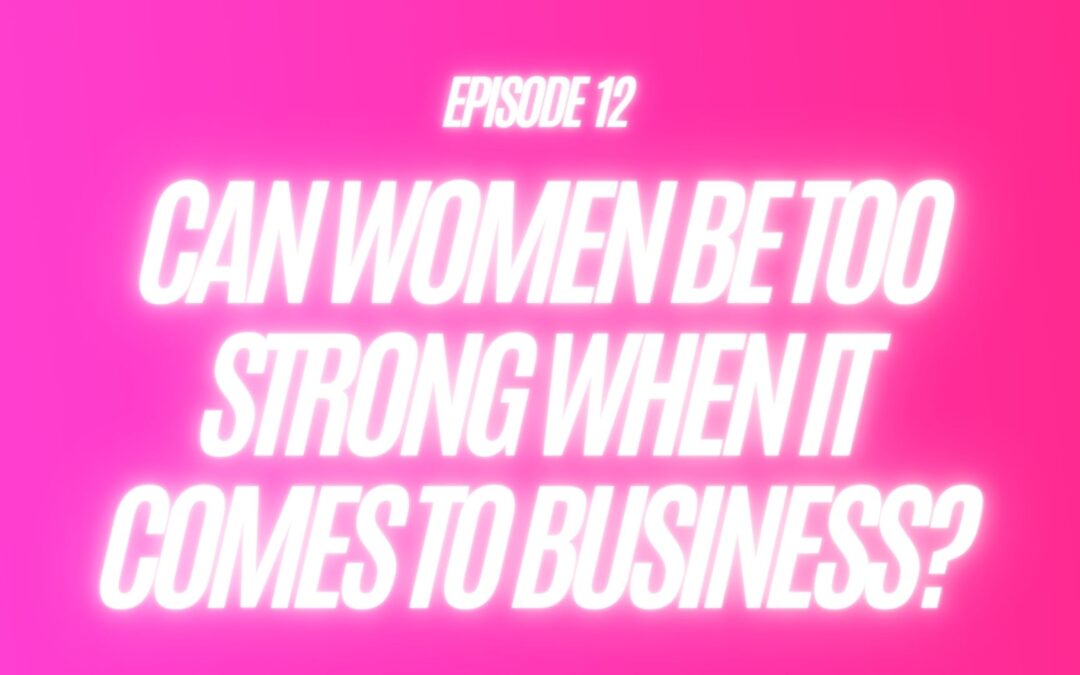 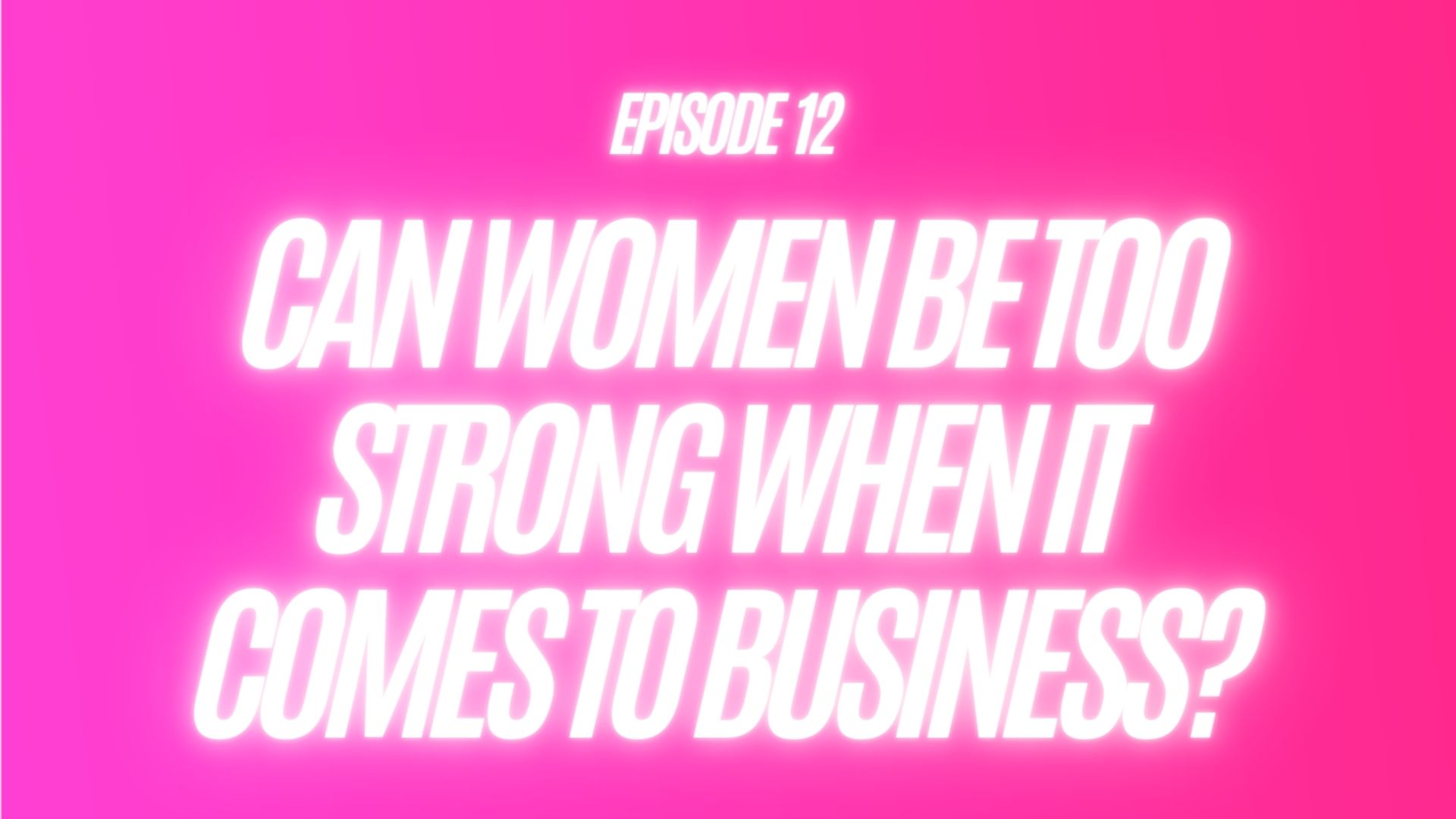 Hello! This is Erika Belvin and this is Her Digital Empire!

Today we are going to be talking about being a strong woman.

I think it’s a really important topic, because as women in business we need to know what is best with how we act.

Read on below to hear my experience and opinion!

Can Women Be Too Strong When It Comes To Business?

Hello! This is Erika Belvin and this is Her Digital Empire!

Today we are going to be talking about being a strong woman.

With that I did want to talk about women and especially entrepreneurs.

We usually are stronger, not saying that timid women or homemakers who are not entrepreneurs aren’t strong, but there are some traits someone would equate to a strong woman.

I link that to being driven, and having a more type-A ish personality.

Being who I am, a lot of people relate this to me being latina, or that I have a really strong dad.

He’s got a really loud voice, and I think my personality takes after him a lot, so it could be that.

I do have a very A-type personality and I’ve been learning to tone it down, and I have not succeeded yet.

The question is do women need to tone it down or are people just not accepting of strong women?

A good example that happened recently was the debate.

It’s kind of funny because I found myself not the biggest fan of how Kamala was acting, but they say the things you hate the most about other people, like looking in a mirror.

I kept thinking “oh my gosh she is doing what I would be doing” because i’m a nut job when it comes to my facial reactions and you can tell what i’m thinking. She did that a lot when Pence was talking.

I don’t know if that’s something we need to be accepting of, or if her being strong, and showing strong attributes was actually weakness because you cannot control your emotions.

Latino women are spicy, and its a huge meme that “my latino girlfriend is going to murder me”, and there’s a reason.

The question though is, is that actually a weakness, is it accurately seen as a weakness?

It’s kind of just a part of the personality, but if it’s a weakness is that something we need to work on? Or does society need to learn to accept it?

If I’m sitting with 5 men, the second I act strong all of a sudden I am considered the b%*ch.

When we watch house of cards, Claire, she is the person who doesnt show it on her face and plots in secret.

Claire being a calm, white woman, I think white women are better at being passive aggressive.

Do I need to learn to be more like that? Or is society wrong in that way? Or do we need to just learn to have our emotions more stable and sound?

Is it even emotional unstableness?

I think the main woman we think about is Hillary Clinton, she is so strong, and she doesnt show her emotions on her face.

If you want to learn more about the Clintons, there is a show on Hulu called Hillary.

I think she had to learn to act like that, because there was a big deal after she made a comment about staying at home and baking and drinking tea.

I didn’t even know she used to not be controlled.

If a woman acts strong, it comes off as an issue and negative.

With Kamala, everyone was saying how Pence won, because of how she looked.

Just because you show your emotions on your face, it shouldn’t be the focus, you should focus on what is being said.

Something I don’t understand about men is like they will fight, and then immediately go get a beer together, if a woman did that to me, we would be done.

I know that entertainment is trying to push a new narrative, and strong women are good.

For example, in the movie Maleficent, she was powerful.

I think women have to work harder to get what they want. If it comes to choosing a woman or a man, men are always gonna get chosen.

Some of the best advice I ever got was don’t try to be something you’re not, just take the traits you have and use them to the best of your abilities.

Being feminine is not a bad thing, you can use those traits to your benefit.

In the same way that women are more emotional, men are attracted to the sexual energy of women.

You don’t have to be sexual to use that energy for something positive.

Instead of focusing on being strong and scary, you can focus on being the best version of yourself and positive, and then men will be more drawn to you instead of against you.

I think men are more competitive with me in business, so it makes a lot more blocks when we work together.

I used to work in a skincare company with tons of masculine energy, and I would like not to get invited to a meeting I was supposed to be invited to.

I think the person who was doing this to me had to be intimidated by me.

Jesse, I have never heard him get competitive with women.

He isn’t threatened by powerful women.

We were in the same MLM together, and he had some women leaders, and he didn’t feel competitive with them at all.

They all tried to compete with me, and I think it’s because I am a very A-Type, emotional woman.

The reason for this podcast is because we were thinking about other entrepreneurs and if they are struggling with this, and maybe you are getting some push back.

So what is the answer? Do you tone it down, or push back?

In my opinion I think it is a bit of both.

It’s your job to be able to mesh and know when to pull back, or when to be strong.

I think as women we have this gift, we try to meet a man where they are at, and we don’t have to do that.

We can be more soft, and where the man thinks it’s even, and you can be strategic.

If you are out there and you feel some push back, maybe this can help you.

She is so calm, cool and collected, you can throw anything at her and she’s got it.

When she was confronted with the lesbian rumors, she was not rattled, and not flustered.

It is amazing that she can control her emotions so well, that is something I struggle with.

I love being considered strong. I won’t let people run over me, but I want to be able to control my emotions.

At the end of the day, I think being a strong woman is better than not, and you can always pull back.

This is a very loaded topic, and being a strong woman it’s hard to talk about it.

The goal is to succeed, so if you need to tone it down so that person likes you more then that is what you need to do.